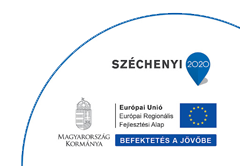 Germering is a town with forty thousand inhabitants near Munich, created by unifying Germering and Unterpfaffenhofen. The town has a rich past, it was inhabited during the stone age and the Roman invasion as the findings of the excavations proved. The express railway line (S-Bahn) has two stops in the town, so to get into Munich is really made easy this way. There are several different shopping centres and a weekly market, as well, for the convenience of the citizens.
In the centre of the town the Stadthalle (=the City Hall) houses theatre and opera performances, concerts, exhibitions since 1993, but fairs and congress meetings are also held here. The city library is right beside this building. The so-called „Rosstahl” company organizes cultural events and theatre performances in Rosstahl Theatre.
The town has a youth centre, healing centre, swimming pool, beach, fitness park, ice stadium and sports fields, as well.
Germering Lake is situated beside the town, where people can bathe in a beautiful place.

The home page of the town is: http://www.germering.de

The town lies 130 kilometer to the north-east of Helsinki. With its 90 000 inhabitants Helsinki is the tenth largest town of Finland. Being the most significant railway centre of the country Helsinki has direct connections to  St. Petersburg and China. Kuovola is the home of the largest logistic mainland centre.

Nicholas II. Russian tzar had a huge barracks building made from red bricks, this houses the university nowadays. Kuovola is a significant congress centre with numerous high quality places to stay. The eleven museums, the galleries and art centres are quite popular among town-dwellers and visitors, too. The thematic path showing the history of the town is a favourite place to walk for everyone. In Tykkimaki entertainment park everyone finds way to have fun, whereas active sportsfans may use the golf and ski fields around the town, they can go rafting on wild rivers or do sports inside the high standard sports stadium. Trekkers may find recreation in Repoves National Park, where they can find routes for beginners and advanced trekkers alike, the can climb rocks and visit the look-out tower. The Kindred Town agreement was made in 1988 and renewed in 2010.

Opatija, the bearer of tourist traditions lies at the foot of 1396 meter high Ucka mountain, at Kvarner bay, where the Mediterranean Sea runs deepest into the land.
The town enjoys all the advantages of the mediterranean climate.
Earlier Opatija used to be the winter resort of the upper class, but in 1889 it became a renowned climatic healing resort. There are attractive beauty spots, towns from the middle ages like Moscenice, Veprinac, Kastav, Icici, Ika, Lovran Medveja, Moscenicka Draga. We can take nice trips to Pula, Trieszt, to the Plitvice Lakes and to several islands. Opatija offers interesting events all through the year: there are different festivals, sailing contests and angling contests, too. Anglers from Balatonfüred take part in the Adriatic Cup for years now. Visitors are expected in numerous restaurants, cafés and hotels fitted with heated sea-water pools.
The homepage of the town is: www.opatija.hr

Kovászna can be found in Romania, in the south-eastern region of the Carpathian mountains, in wonderful natural setting. It has 12.500 inhabitants, 80 percent of whom are Hungarian by origin.
The town is famous for its acidulous spas, mofettes, sanatoriums and heart hospital with 700 places. The life of the town is strongly determined by healing tourism, the beautiful landscapes of the hills and forests of the South-Carpatian mountains and the historic sights around the town. It is well worth to visit Saint Anna Lake, to see Kőrösi Csoma Sándor Memorial museum and Mikes Kelemen’s birthplace in Zágon and the museum inside this house. There is also a room in honour of Kiss Manyi, the famous Hungarian actress who was awarded the Kossuth-prize: as she was born and raised here, too. In the nearby Kézdivásárhely there is an interesting industrial history museum. In the Dacia healing resort hotel you can get acquainted with balneal therapy and other methods of healing.
The town presented Balatonfüred with a beautiful Székely gate  in 2003 that stands at the entrance of the park beside the market building.

The homepage of the town is: www.bailecovasna.ro

Arpino lies 120 kilometers to the south of Rome, at the height of 700 meters amongst high hills and valleys, in the eastern part of Abrizzo National Park.

The birthplace of Cicero is considered to be the centre of Latin language literacy all around the world. With its 8000 inhabitants it is not a truly large settlement, but its cultural and artistic influence ranks it among the greatest cities, the same way it works with Balatonfüred. This three thousand-year-old small town in Lazio was the home of the well-known Mastroianni family for genereations. Municipio square, the roman road, the mews, inner yards and architectural monuments dating back to several thousand years, the unbelievably natural cyclopean walls take visitors on an imaginary journey through time.
The town is duly proud of Marcus Agrippa, the builder of the Roman Pantheon, Giuseppe Cesari, the painter who was also known as knight Arpino (and was the master of Caravaggio), and Caius Marius Roman consul.
The greatest festival of the town is the so-called „Certamen Ciceronianum”, an international contest for translators in Latin language, where students come from all over the world to challenge their knowledge in memory of Cicero the great philosopher, speaker and statesman.

Arpino cares for its historical heritage, but besides the town launched new traditions for the oncoming generations. They started the so-called „Poems Engraved on Stone” series, which will surely become a long lasting project. Every year they invite a poet from another country to draw inspiration from the beautiful landscape and write a poem on the town. These poems are engravelled on marble, and set up in different places in the town. This is somewhat similar to the tradition of memorial trees planted by famous writers, poets, scientists, scholars and politicians in Tagore alley in Balatonfüred. Arpino became a kindred town of Balatonfüred in 2006.
www.arpinoturismo.it