The Hungarian Urbanistic Society (MUT is the Hungarian abbreviation form) established the Hild János award for settlements, which is given to those self-governments which have outstanding results in urban development. Hild János was the maker of the first rearrangement plan of Budapest.

Hild János Award may be given for those who accomplish the aesthetic development of the environment, develop their settlement in high quality with an attitude that is based on urbanistic concepts and for partaking in the reservation of the environment as a community.

In 2008, with the nomination of the Hungarian Society of Architects Balatonfüred was awarded the Hild János Award.

The town got this award mainly for renovating public areas, as the reasoning of the award states. The town is devoted to nourish its ample historic and cultural traditions.When constructing its development strategy the town decided to reserve and renew its cultural heritage. This most important aspect determines the future of the town, as well.

The high quality developments accomplished in the previous years maintained our national heritage and proved that the world built around us plays crucial role in our visual culture.

Hild János (1766 –1811) was an architect. He accomplished his studies in Vienna and went to Italy to study architecture there. He came to Hungary when he designed the Invalid Home in Nagyszombat. Then he directed the building works of „Újépület” (=New Building) in Pest. He made new plans for the German theatre in Pest and later for the Hungarian National Museum but these were not realized. As the leader of the so-called „Beautifying Comittee” he designed the way and order of how to arrange the already existing parts of the city and how to build new parts, based on contemporary ideas. He played main role in shaping the Classicist part of the town. He made the first general arrangement plan for the capital. 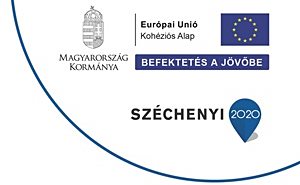